World Kabaddi Federation was approved for formation during the International Gold Cup Tournament on 5th December 2003 in Faridabad, India. Representative of different Kabaddi Association and other officials attended this meeting.

Later on 1st Oct. 2004 the World Kabaddi Federation (WKF) was officially founded with a vision to find a way to control all the Kabaddi organisations of the member countries under the umbrella of WKF as well as to use Kabaddi sport to promote peace, Harmony,  understanding and Co-operation amongst the world community.

First World Congress (annual general meeting) of the World Kabaddi Federation was held on the 4th Nov. 2004 & appointed the Executive Board up to the 1st AGM.  It also approved the Memorandum of Association and the Rules and Regulations followed by an International Seminar on Development of Kabaddi as a world game in India which was participated by the delegates from different countries of the world.  It was also decided to form a legal organization under section 25 of the Companies Act. 1956 with its registered office in the NCT of Delhi- India. 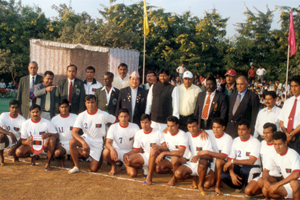 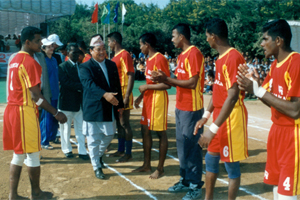 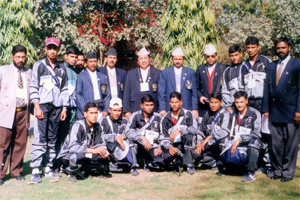 Official website of the World Kabaddi Federation was launched on 1st February 2005 in dedication to the United Nations International Year of Sport and Physical Education 2005. 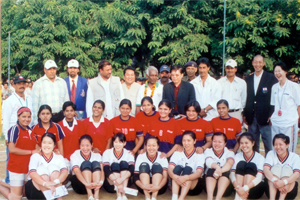 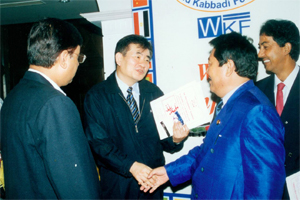 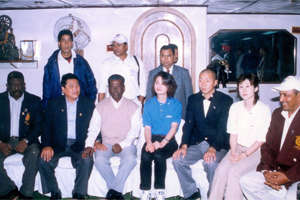